This document will go over a simple but effective Clojure setup aimed at beginners, and especially those used to editing Ruby, Javascript, or other dynamic languages using Atom.

The Basics – JDK and Leiningen

If you’re brand new to Clojure you’re in luck, since it’s pretty easy to install. Clojure is built to run on the JVM (Clojure the language is technically just a Java library). The JVM is incredibly ubiquitous, and thanks to this it’s pretty easy to get Clojure up and running on most machines. Try the following steps: 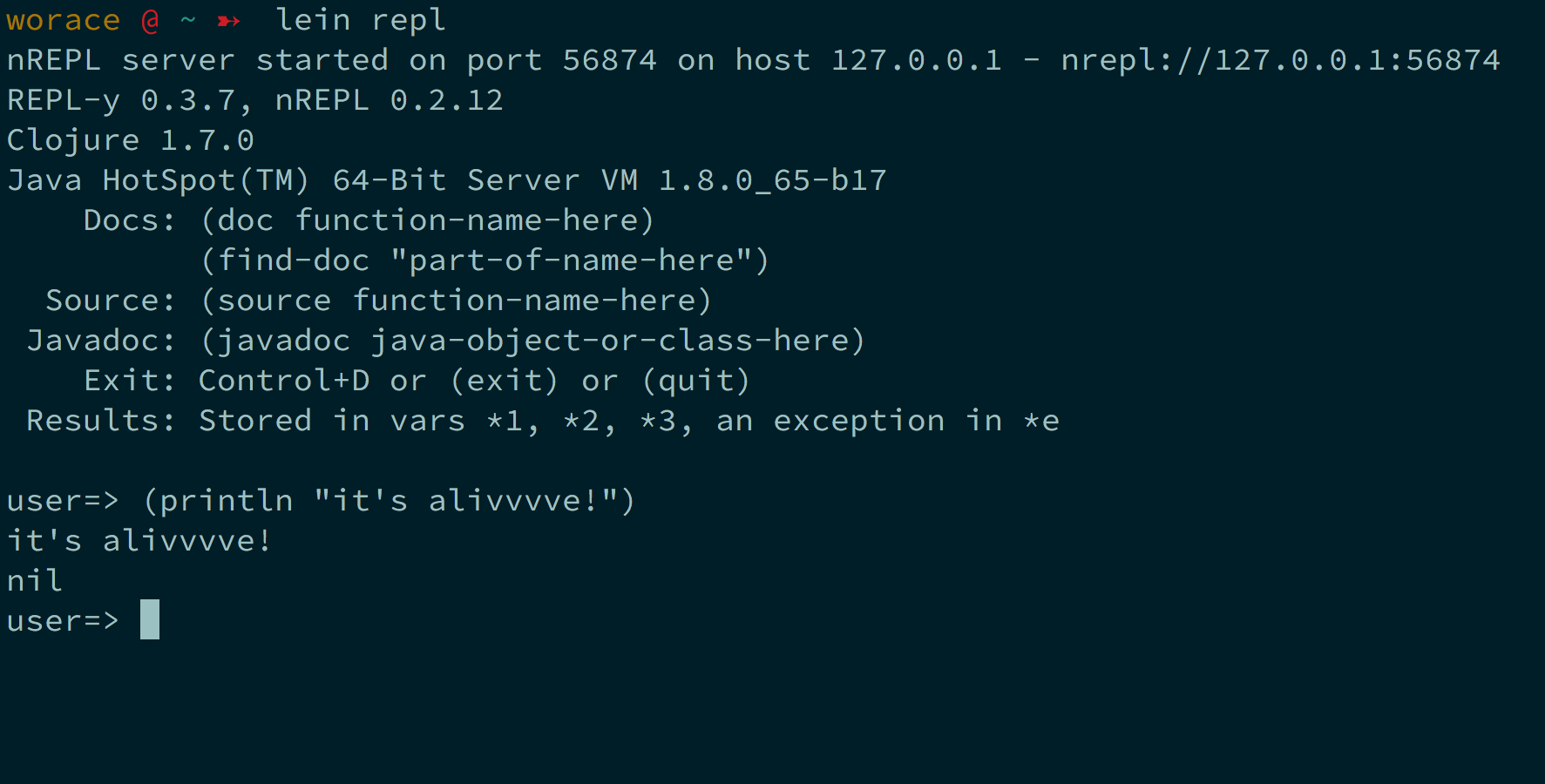 Atom may not be the first editor that comes to mind for doing Clojure development, but thanks to its rapidly growing package ecosystem, it’s actually possible to put together a pretty solid Clojure dev environment on top of Atom.

More sophisticated editors like Emacs or Cursive may be more popular for developers doing full-time Clojure work in industry, but the additional features and configuration are often distracting for beginners and are overkill for what we want to do anyway.

The first stop is the language-clojure package – this will give us basic syntax highlighting for Clojure source files. There isn’t much to this package from a usage standpoint – install it via the atom package manager and it will just work. 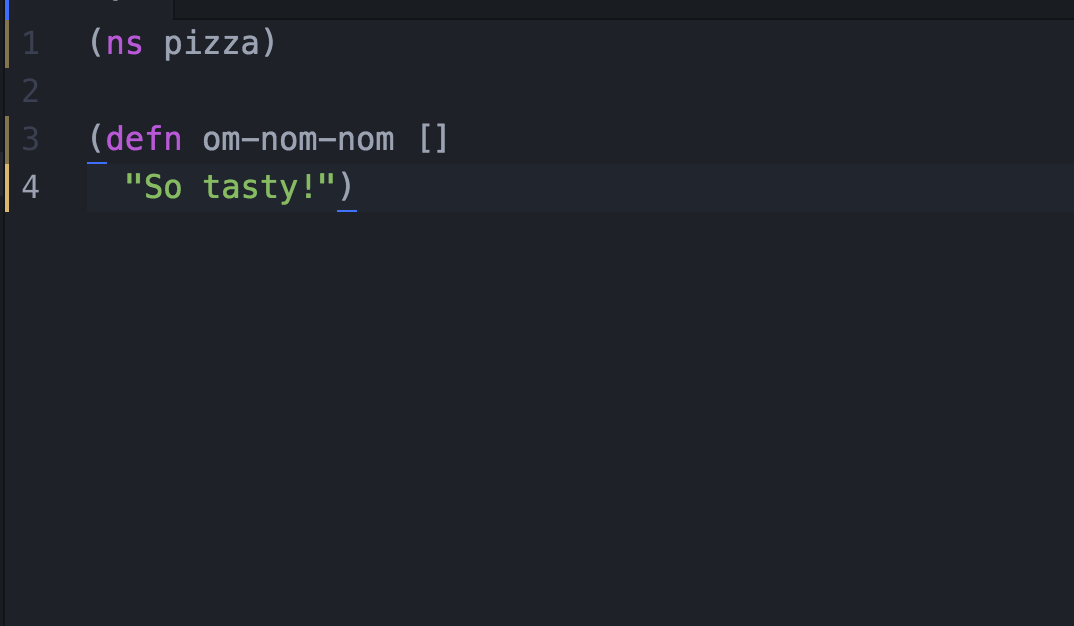 A REPL is fairly indispensable for doing Clojure development. Clojure developers tend to emphasize a very interactive workflow – boot your REPL, experiment in it, push some code to it from your editor, then apply the insights you gain from these experiments to improving your code.

The REPL also gives us a convenient way to run tests, to read documentation (thanks to Clojure’s built-in doc string feature) – we can even use it to boot long-running processes like a webserver.

But enough REPL preaching – how do we get one? For a long time this was the biggest blocker to having a productive Clojure experience in Atom – there just wasn’t a great option for interactive REPL-driven development.

Fortunately in October, 2015 the popular proto-repl package came out and brought with it a pretty darn good REPL setup for Atom. Proto-repl feels a little different at first from other REPLs you may have used in other languages, but it doesn’t take long to get comfortable with it.

Install the package using APM and go ahead and open the REPL either using the “proto-repl” entries under the Packages menu, or using the shortcut Cmd-Option-L.

The REPL will take a second to boot, but once it does, play around with it by evaluating some Clojure code (use Shift-Enter to submit code you type at the bottom of the REPL buffer). 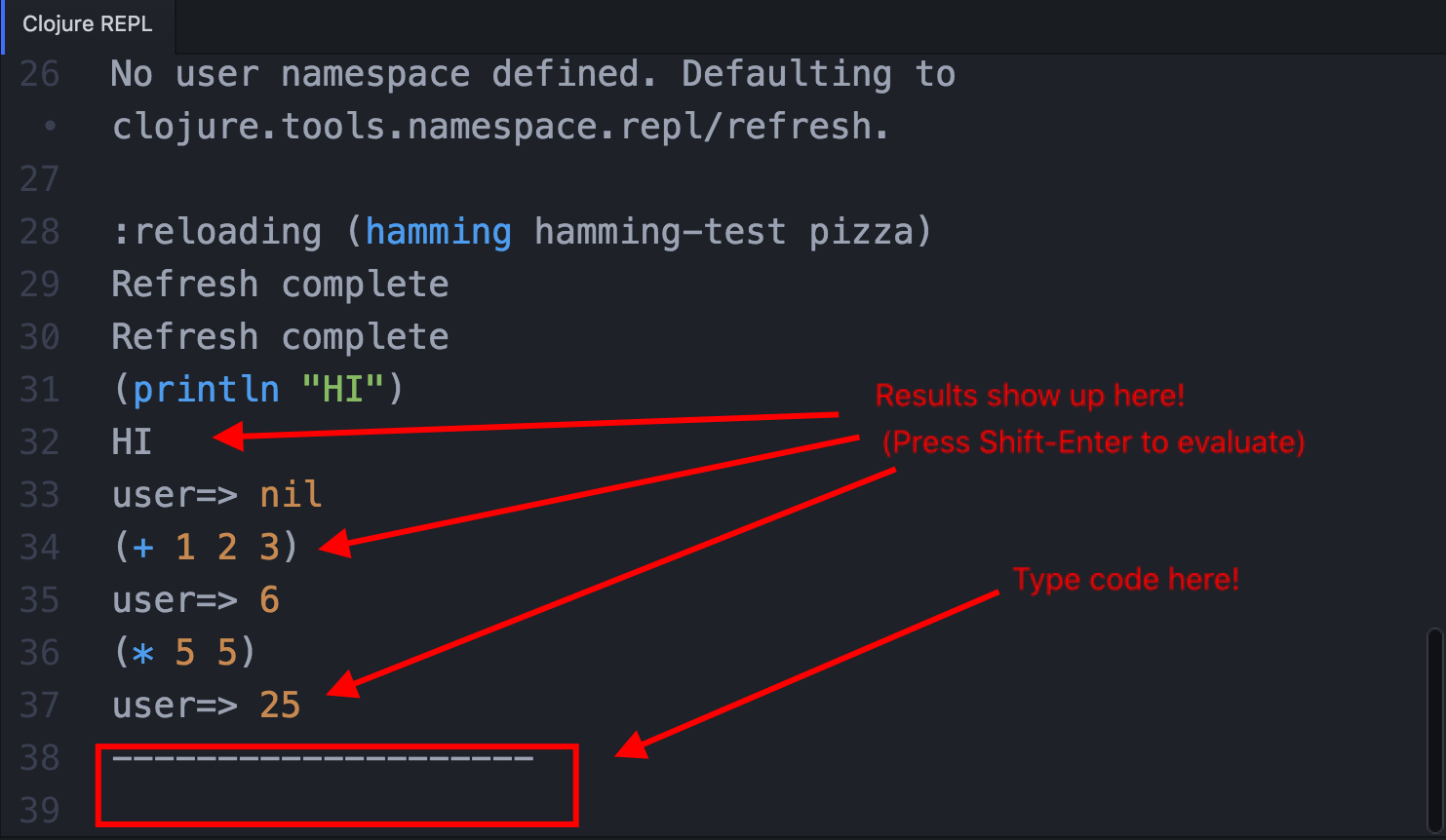 Finally, if you’d like to set up Proto-Repl to behave more like a traditional terminal, try adding the following keybindings to your Keymap:

This will let us submit code to the REPL with ENTER rather than Shift-Enter, and also let us use Cmd-K to clear the REPL screen.

This handful of keybindings above should give you enough tools to get started working interactively with Clojure code. Proto-Repl has quite a few neat features tucked into it, so once you get comfortable with the basics you should also check out proto-repl’s documentation.

Newcomers often find working with Lisp code challenging, especially coming from more “traditional” Algol-inspired languages. The difficulty is that Lisp really wants to be edited structurally rather than textually.

Sounds good, but it’s complicated by ((((all) ((those) (((((parentheses))))))))) – it’s frustratingly easy when moving some Lisp code around to accidentally drop a parenthesis, add an extra one, or just leave one in the wrong spot.

Over time developers have written tools to help manage this process. ParEdit is perhaps the most famous – it’s a popular Emacs package for manipulating parenthesis-based S-expressions in a structural way. It’s a powerful tool but like many things in Emacs it comes with a learning curve.

That’s why I’m excited by Parinfer - a tool that attempts to give a more “intuitive” or “Just Do What I Mean” approach to structural Lisp editing. The docs on Parinfer’s homepage do a better job of explaining the tool than I will, but the gist of it is inferring Lisp structures based on the indentation of a chunk of code.

As you edit code, Parinfer will attempt to guess the most sensible S-expression structure you intended based on the indentation and spacing you typed in the code. For example removing the indentation of a nested expression might be interpreted as “move that expression UP one level.” The great thing about Parinfer is there’s not too much to learn – just type correctly formatted code and it will (mostly) do the right thing.

Luckily for us there’s a great Parinfer implementation for Atom:

The last Clojure tool that I find truly essential is a test-runner package called lein-test-refresh. It gives us an awesome “run my tests when I save a file” experience for Clojure.

Keep in mind that your profiles.clj file just contains a Clojure (technically edn) data structure. If your profiles.clj is empty, you can simply paste the above line into the file. If you already have the :user and :plugins entries defined, you’ll need to add this new plugin vector ([com.jakemccrary/lein-test-refresh "0.15.0"]) within the existing :plugins list.

With this plugin installed, you can now run lein test-refresh within any directory containing a project.clj file, and leiningen will watch for your files to be edited and then run the tests in response. It’s a great way to get really quick feedback from our test suite when working with code. 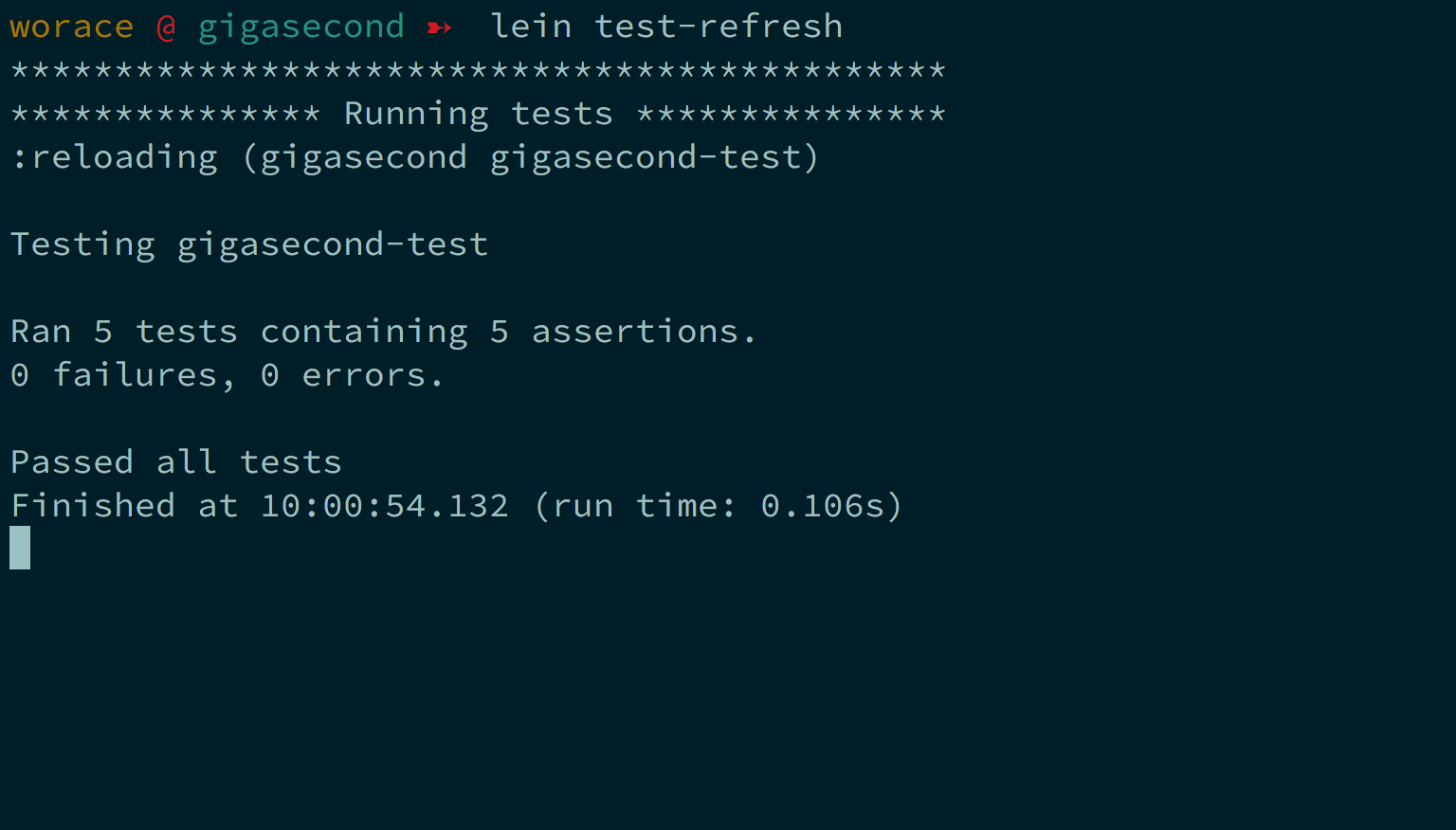